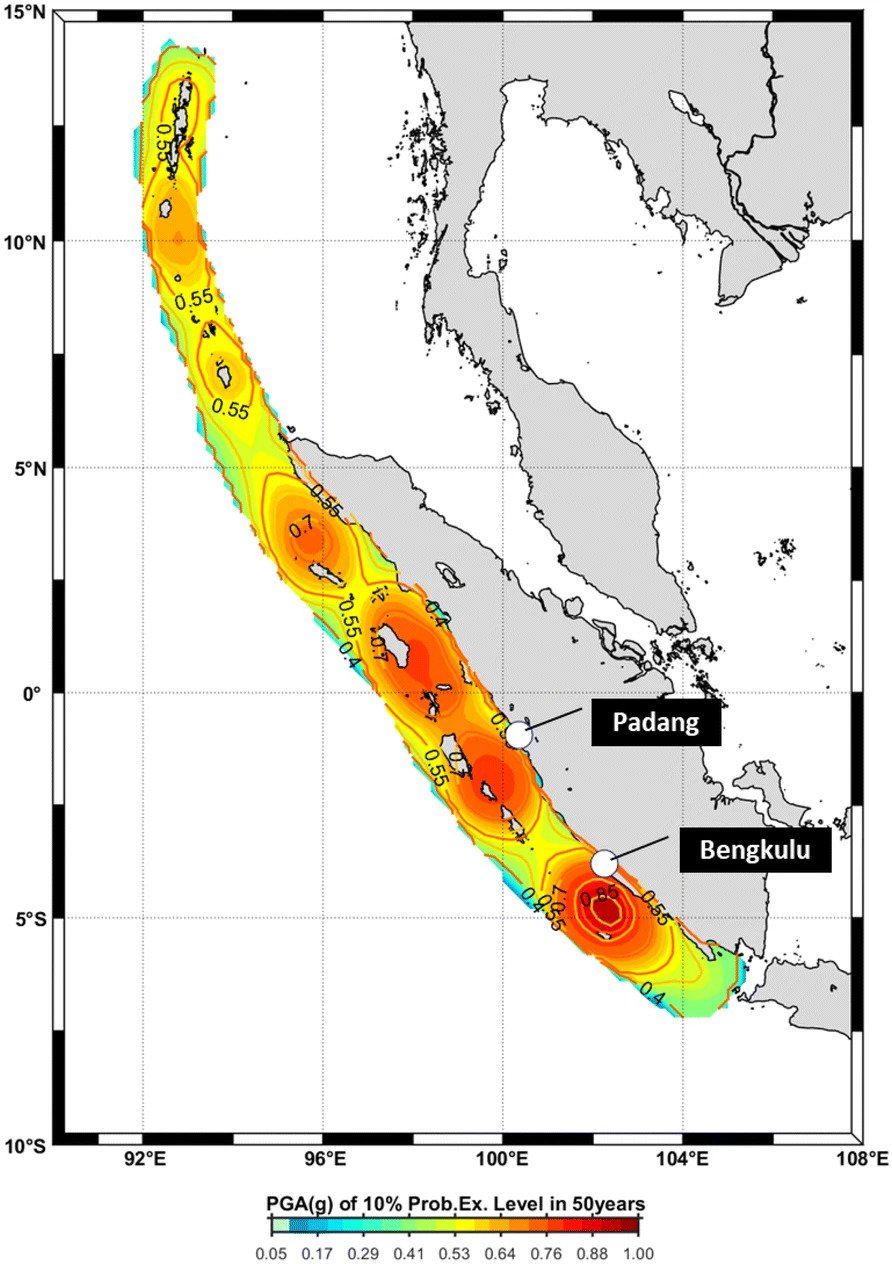 Significant earthquakes on the island of Sumatra, Indonesia, have predominantly been earthquakes with a thrust mechanism that occurred due to the subduction process and seismotectonics near coastal cities of West and South Sumatra, which could be affected by earthquakes triggered by these seismic sources. We compared the Seismic Hazard Function (SHF) of two coastal cities of Sumatra: Bengkulu and Padang. The results showed that the SHF of Bengkulu is higher than that of Padang. Estimated earthquake hazards are presented in the form of seismic hazard maps expressed as the PGA of 10% rate of exceedance probability in 50 years. In estimating the seismic potential in Sumatra, the seismic moment rate was jointly estimated from the smoothed mean seismicity rate and the pre-seismic subduction surface strain rate model. In this study, the island of Sumatra was chosen as a master model for Seismic Hazard Analysis (SHA). The motivation for choosing Sumatra for the SHA was because of the large body of complete historical earthquake data of the North Western Sunda Arc. The SHF is calculated based on a magnitude range of 6.0 to 9.0 during 50 years with the radius distance from the source less than or equal to 100 km.