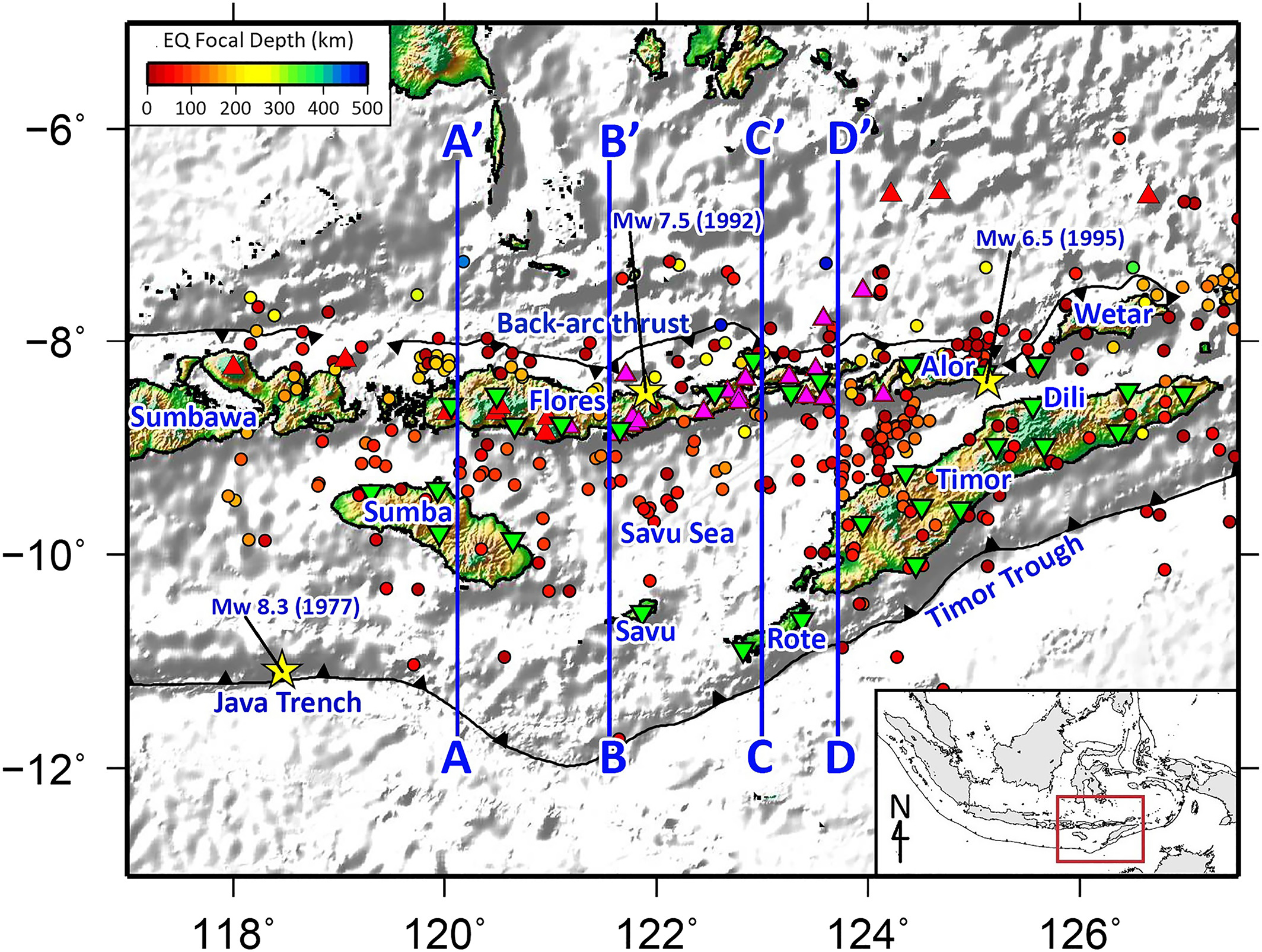 A new 3‐D seismic P wave velocity model of the Sunda‐Banda Arc Transition from local earthquake tomography reveals (i) northward subduction of oceanic lithosphere, associated with the convergence of Australia and Sundaland, as a high‐velocity zone extending down to ~200 km depth; (ii) two distinct low‐velocity zones, one immediately above the slab, which is likely a zone of partial melt, and one in the 0–40 km depth range, which is probably a magma chamber associated with active volcanoes above; and (iii) a northerly dipping high‐velocity zone that bisects the two low‐velocity anomalies, which we interpret as an underthrust forearc sliver of continental origin. Based on He3/He4 measurements from volcanic outflows, it is possible that the magma supply is contaminated by interaction with this forearc sliver as it ascends from the melt region below.